What If You Only Like the Ending? (Death's Daughter Series) 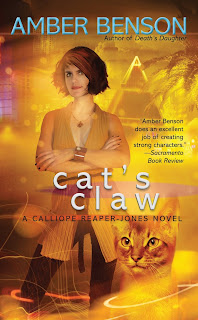 Yesterday we talked about how in storytelling it’s incredibly important to make sure that your ending holds up to the promise of your first and second acts. Well, what about stories that have the opposite problem? What about those stories that have an absolutely fantastic ending, but the beginning and middle kind of suck?

Let’s talk about the Death’s Daughter series by Amber Benson, shall we?

Now, there are actually five books in the series, but since I’ve only read the first three of those, we’ll be a little bit limited in our scope. The three I have read, however, (Death’s Daughter, Cat’s Claw, and Serpent’s Storm) all share the same problem. They start out dull, continue through a series of contrived and slightly lifeless trials and tribulations, only to come crashing to an exciting conclusion that gets you totally invested and engaged, and then is over. Because the book is done.

It’s a little bit perplexing to read. Because by the third book, you’re just reading them to get to the endings. The first two hundred pages of each book are just so much background material for the spectacular climax, and you skim through them, trying to pick out salient details, but skip the boring stuff.

Well, before we get into all those deep philosophical and literary questions, let’s talk about the books themselves for a second. The series is pretty up front in its naming. It’s about Calliope Reaper-Jones, the daughter of Death himself. Callie, as she calls herself, is an immortal humanoid, and grew up knowing that her father was Death incarnate. It kind of screwed her up a little. As an adult, she ran as far from the supernatural world as she could, getting a job at House and Garden in New York City and even going so far as to put a memory charm on herself to make her believe she was just a normal human.

Sadly, the charm is broken when Callie’s father is kidnapped and she’s called home to take up the leadership of Death, Inc. It turns out that as much as she’s not interested in going into the family business, Callie is actually next in line to be Death. Into every generation only three people are called who can be Death, and Callie is one of them. So, like it or not, she has to put herself up for the position. It’s either that or let it fall to Daniel, the Devil’s Protégé, and allow her family to lose their status and immortality. 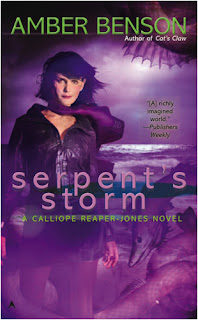 Callie’s not a jerk, so she tries. And she does pretty well. Rolling with the fact that she can’t just show up and take the job, Callie enters into a competition with Daniel to complete the three tasks for eligibility in 24 hours, all while trying to solve the mystery of who kidnapped her father.

That’s book one. It ends (SPOILERS) with the revelation that Callie’s older sister, Thalia, is behind everything. Thalia is a psycho who married a demon in order to gain the power to depose their father, and wants to forcibly take control of Death Inc. Because she’s nuts.

Anyway, Callie and her entourage go up against Thalia and her demon husband. The fight is climactic, intense, and full of twists and phenomenal visuals. It totally makes up for the previous two hundred pages of whining and existential angst while Callie complains her way through the three tasks.

Open up the next book, Cat’s Claw, only to find Callie once again trying to make her life work at Home and Garden, complaining about being immortal and from a wealthy family, and living her New York City life. Once again it’s all disrupted by a visit from a supernatural whatsit, and, again, she ends up back home trying to save her family from something or other.

And then the last hundred pages completely fly by as Callie and her forces rally to save the day in an epic and intriguing battle.

Seriously. I feel like I’m starting to lose it a little, because I can’t actually recap the second and third books. I legitimately don’t remember what happens in them. I just skimmed through them as I tried to get to the end when I knew by now that the whole thing would pick up and I’d get to enjoy the process.

Correct me if I’m wrong, but there seems to be a little something wrong with that. 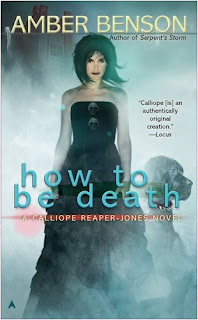 A book should be enjoyable to read. It should be entertaining. After all, isn’t that the purpose of a book? To entertain? If you find yourself skimming through it in the hopes that you’ll reach a spot worth reading deeply, then that book’s not really doing its job is it?

And, furthermore, what’s with the constant repetition of setup and plot? Each book starts in nearly the exact same way, only to find that they then run into pretty much the same problems (missing family members), that have to be solved in pretty much the same ways (arbitrary tasks), and then lead up to a main boss fight against powerful enemies.

It’s not just that it gets samey and dull, it’s that it shows the lack of character development in the series. While I get that Benson is trying to do something to show Callie slowly getting comfortable with her status as an immortal and member of the supernatural world, I do think that she could have sped it up a bit. You know, really got the thing moving. Instead of constantly bringing us back to square one each book.

I am aware that in the next book in the series, Callie will not be starting from sqare one. And that’s nice. But it doesn’t negate three books worth of no character development, and the frustration of knowing that the character is never ever going to change. Not really.


But for all of their flaws, I do actually enjoy these books, even if I’m only really enjoying them a third of the time. 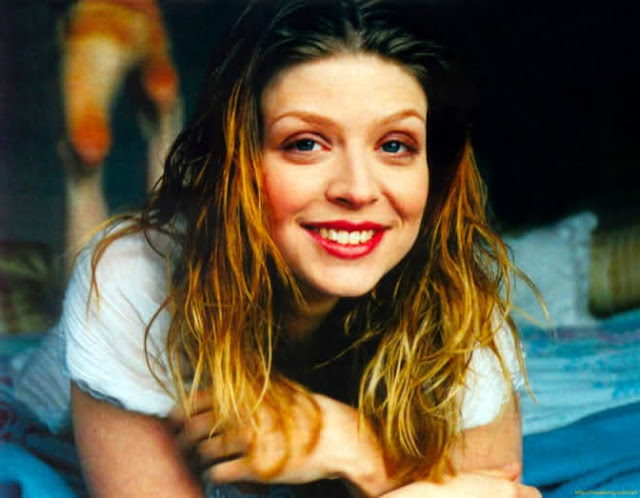