Pilot Season: Back in the Game (Yo, Sexism Is Totally a Thing) 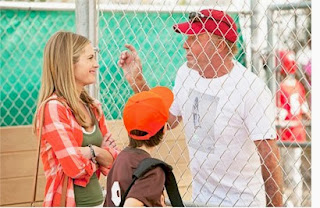 Coming, as I do, from the Northeast (of the United States), I have sort of a love-hate relationship with baseball. I mean, on the one hand, I’m pretty sure there is, in fact, a legal requirement that all New Englanders love the Red Sox with a passion that borders on weird.

And on the other, I have trouble bringing myself to pay attention to all those averages and pitching records and trades and all that crap. It’s kind of boring. But then my cold, Scots-Irish blood picks up and wants to scream about how much 2004 mattered to us and how it changed my life and dammit they nearly canceled school that day we were so excited.

I say all of this to explain that I like Terry Jr. (Maggie Lawson), the baseball conflicted lead of Back in the Game. She’s of two very different minds when it comes to the game that defined her childhood and threatens to create her present. On the one hand, she loves baseball. She’s amazing at it. She played national-level college softball, and she pitches like a pro. On the other hand, her father, Terry Sr. (James Caan), pushed her so hard into baseball and raised her so, well, weirdly, that she refuses to have anything to do with it. She refuses to let her son be bullied into playing. She’s done.

Until the first five minutes of the pilot episode, when she ends up, as in the title, back in it, and this time probably for good. 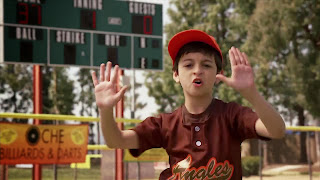 Terry has just moved home to live with her father after losing nearly everything in her messy divorce. Her son, Danny (Griffin Gluck), is coping pretty well with the change, but decides he wants to try out for his middle school’s baseball team, because the girl he’s into “totally digs ballplayers”. Terry is nervous about letting her son get into baseball, but she’ll support him anyway.

Unfortunately for both of them, Danny sucks. Hardcore. He is just awful. And he doesn’t make the team. In fact, neither do a lot of the kids, and Terry and her new friend Michelle (Michelle Betts) take issue with this. They want to start their own team, and Terry challenges the coach for the right to do so.

The challenge, that she can throw one pitch, and if the coach can’t hit it, then she gets the team, is one that brings up all of Terry’s issues with baseball. From her frustration to being pushed into it, to her sadness that her father never really supported her in it. Her dad, who is a foul-mouthed font of terrible (and usually violent) advice, does sometimes manage to have a good suggestion, but really it’s his heart which becomes a point of contention here. While on occasion it seems like Terry Sr. is about to crack open and admit that he cares deeply for his daughter and grandson, in other moments he prefers to forget their names and demand another beer. 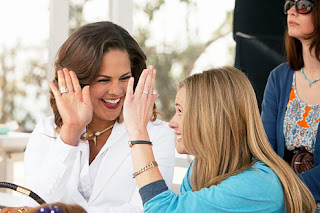 I think the reasons I enjoy this, aside from the geographical, stem largely from the subject matter and the way it’s handled. This is a show with a female lead, which I like, who is into sports, which I find interesting, but does not let her love of sports abnegate her femininity, which I adore. She has a strong female friendship, with Michelle, a great relationship with her son, and plenty of flaws.

The show is interesting. It’s got a premise that could so easily be boring, but the simple twist, that she’s a woman, is enough to make it interesting.

No, seriously. That’s what makes this show good. Don’t believe me? Well, let’s talk it through. In the alternate version of this where Terry is a dude, let’s say played by James Roday, for simplicity, Terry is a divorced single father who moves back home. He lives with his father, a drunk who pushed him into playing baseball but never supported him emotionally. Terry’s son, Danny, wants to play ball, and somehow Terry ends up coaching the kid’s team of misfits. Oh, and Terry has a flirtation going with Michelle, the mother of one of his players.

It’s not bad or anything, this alternate version, but it’s also not good. There is no spark. No angst. No zap of something cool and interesting. 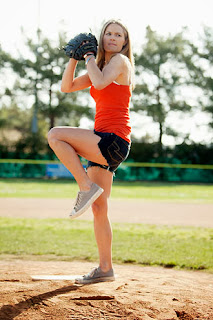 We often forget, in agitating for more equal treatment for women in Hollywood, that equal really doesn’t mean the same. Terry is interesting because she’s a woman, and that’s not a bad thing. That doesn’t make her a bad role model. What it does is address the reality of the situation. Terry faces discrimination from the other coaches because she is a woman. She dealt with being the son her father always wanted, in the body of a girl, when she was growing up. She lives in a male dominated world, and she has no option to not compete. She will compete, because she has to. And she will win.

It’s too easy to suggest that the story is bad because it’s simplistic. Making Terry a woman makes it interesting, and I have no problem with that. Because let’s face it, it’s true. Every aspect of this show becomes more interesting when we add in the intersectional discrimination based on sex.


So. You should watch this show, because it’s good and funny and pleasantly unsentimental. But you should also watch it because it’s honest. It is hard to be a woman in a man’s world. To say anything else would be to lie. And Terry knows that. 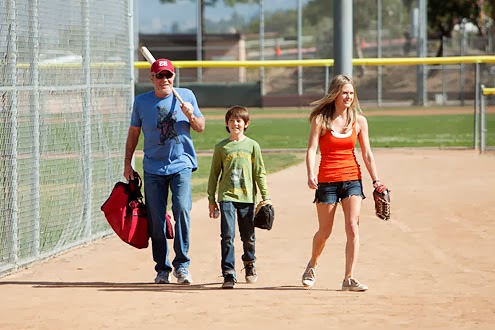