Pilot Season: Ironside (He's A Cop! In A Wheelchair! Gasp!) 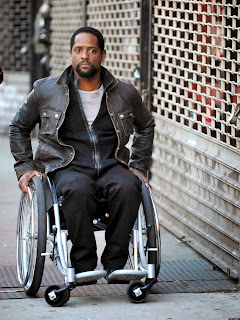 There is so much I could say about this show, but sadly there is very little I want to say about it. While it is rather well made and convincingly shot and acted, there is little about this pilot that recommends the show for further viewing, unless you’re the sort of person who really wishes there were more police procedurals on air.

Since I promised myself I would review it, though, I’m going to pretend that you’re all that sort of person, the type that wonders why CSI has so few spinoffs, and proceed anyways.

But what to say?

Well, for starters, Ironside is based on the 1970s show of the same name, both of which follow the exploits of police detectives named, you guessed it, Ironside. In both cases, the detective in question is paraplegic and in a wheelchair, which adds a little bit of drama to the proceedings. Is he going to be able to chase down a perp? What if there are stairs?! And so on. It’s a bit like watching old episodes of Doctor Who, before the Daleks could levitate.

Anyway. Ironside stars Blair Underwood as Detective Robert Ironside, a respected law enforcement officer who lost the use of his legs in a tragic turn of events (that were a little boring, sad to say). Brent Sexton plays his old partner, who is overcome with grief and has become an alcoholic, and Kenneth Choi plays Captain Rollins, Ironside’s direct supervisor, who thinks Ironside is going to get in trouble for his unorthodox ways sometime. So, pretty much standard there.

Spencer Grammer does put in a good turn as Holly, one of Ironside’s officers, and there are a few other ones too, but they’re a bit generic, so I won’t mention them. It is nice to see Grammer working, though, and I liked her a lot on Greek.

Okay, so now that we have our cast assembled, what is the show actually about? Well, not a whole lot, but more than some procedurals. Mostly, the show follows Ironside and his crew as they solve cases and fight crime, only they use more unconventional methods because, you know, wheelchair. Ironside is always right, the rookies usually get in one or two good points, and Captain Rollins complains about procedure, etc etc etc. 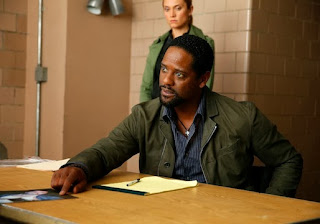 In the pilot episode itself, the plot revolves around the apparent suicide of a successful financial analyst. The analyst in question was up and coming at her company, then decided seemingly randomly to jump off the building during a party. During the course of the investigation, though, Ironside discovers that the analyst was involved with the Albanian mob, went to sex parties, and had recently lost several million dollars of Albanian mob money to her boss who was using it to cover up his own losses.

Also, the analyst has a sister who goes a bit mental when the killer cannot be found, because said sister works in humanitarian aid and is used to seeing justice forgotten, but also she’s distraught and the analyst was secretly a good person for putting her do-gooding sister through school and blah blah blah.

It was a bit much.

But as far as plots go, like I said, it’s solid. Ironside solves it in a relatively believable fashion, the bad guys are punished, and hey, Ironside gets to sleep with a witness, so I guess it all works out.

If there was one thing I absolutely did not like about this show, it was the subplot about Ironside’s love interest/sexual escapades. I think it’s lovely that they’re showing a paraplegic character who is still interested in sex and considered sexually desirable, but as with so much sex on television, it felt wholly gratuitous to the show. 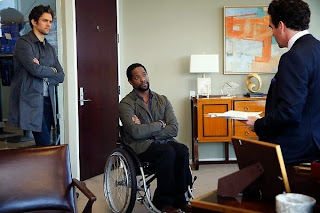 It didn’t tell us anything about Ironside as a character, just that he presumably could still get it up, and the scenes with his love interest, whom he met while interviewing about the case (not sure if that’s illegal, but it’s sketchy as hell), are really uncomfortable. Oh good, she’s a yoga instructor and super flexible. Awesome. Feel free to expand her personality past her crotch at any moment now, writers.

Ultimately, that’s kind of my problem with the show. A subplot that had dealt with how Ironside feels about being a paraplegic, and his new love interest being a fitness instructor, that could easily have been really compelling. A dialogue on ablism and sexuality. Woo! But instead, what we got was basically a storyline to make sure we understand that Ironside is “still a man” and a character whose development is limited to “I can put my leg behind my head”. And that sucks.

For all that Ironside has the potential to be a very interesting television show, an examination of prejudice and intersectional discrimination, it isn’t. It uses Ironside’s disability as a gimmick, a way to make their show ever so slightly different from other shows, and that is just insulting.

Yeah. Pretty much. Also, there are almost no female characters, Ironside is a very boring character in general, and the writing is solid but totally uninteresting. So unless you absolutely genuinely do need another police procedural to watch, I’d sit this one out. 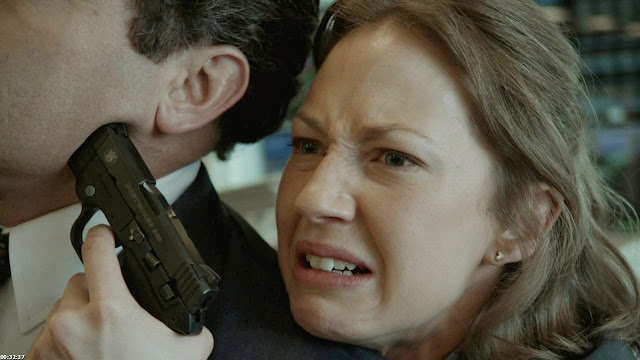