Pilot Season: Once Upon a Time in Wonderland (Not Half Bad) 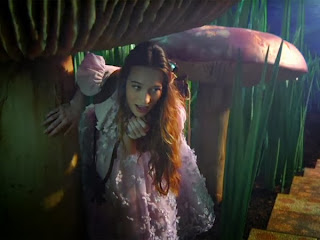 Spinoffs are a delicate thing, as it turns out. Some, like The Originals, are giant balls of crap hopelessly tethered to the apron strings of their parent show, and others, like Once Upon a Time in Wonderland are so unfettered by the larger mythology into which they were born that they’re actually a lot easier to watch than the shows from whence they came.

We’ll get to my specific feelings about OUAT later this week (hopefully), but right now I want to focus on OUATIW, which is a hell of an acronym but much worse to actually type out all the way. They should work on that.

OUATIW is a spinoff of OUAT, but it doesn’t feel like one. I mean, yes, there are the aspects where it is absolutely and obviously a spinoff, like the characters who show up, or the occasional references to Storybrooke, but by and large the show stands on its own. And man does that help it. For all that I do still quite enjoy OUAT, that show is burdened by the kind of backstory that would make Shakespeare blush. Everyone is related to everyone else and have all kinds of fairy tale ridiculousness going on and you pretty much need a flowchart to keep track. By contrast, OUATIW is quite simple. There are only a couple of characters and relationships to keep track of (so far), and the plot is pretty straightforward.

Speaking of which, what is the plot? 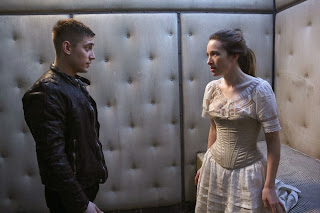 Well, I’ll tell you. Because that’s kind of my thing. As you might have guessed, OUATIW is about Wonderland, one of the magical realms that vaguely intersects with the stories in OUAT. Alice (Sophie Lowe) is a lovely young girl from Victorian England who skips home from her adventures in Wonderland one day to find that she’s been missing for months and her family thinks she’s been kidnapped and traumatized. A couple of adventures through the looking glass later, and Alice has stopped trying to convince anyone that she’s sane. In fact, she’s starting to seriously doubt she is.

Not helping any of this is that Alice is suffering from a broken heart. On one of her many journeys to Wonderland, she met Cyrus (Peter Gadiot), a genie who lives in a bottle. He fell in love with her pretty much instantly, and though we don’t get to see much of the relationship, we do know that Alice reciprocates. All is happy and sweet until the two of them are found by the Red Queen (Emma Rigby). The Red Queen kills Cyrus, throwing him off a ledge and into the boiling sea, and Alice is inconsolable. She winds up in an insane asylum back in her world, seriously considering that lobotomy they keep offering.

Well, in steps the Knave of Hearts (Michael Socha), who frees Alice from her self-imposed exile and tells her that there are rumors Cyrus isn’t dead. The Knave and the White Rabbit (voiced by John Lithgow) take her back to Wonderland, where everything is a bit darker than she remembers, and they’re off on a search for Cyrus. 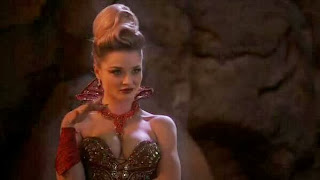 Obviously, they don’t find him, but they do find clues, and as the audience we get to see the larger plot at stake. Because Cyrus was never really dead. He was just kidnapped by an evil Jafar (Naveen Andrews), who is scheming with the Red Queen to keep Cyrus hostage and get his wishes. They need Alice, because of reasons, the Rabbit is a traitor, and the Knave is dubious at best. It’s all very engrossing.

Okay. Now, I want you to look back at that summary, which was convoluted and complicated and lots of other things besides, and remember that this is what I called “easy to understand” compared to the overarching OUAT plotline. Yes. Scary.

Now, the basics are pretty simple: I like Alice, I like the Knave, and I enjoy the Red Queen as a villain. I don’t need a whole lot more than that to make a show worth watching, and I have a good feeling about this one. It’s not exactly that the pilot episode was a hallmark of beautiful filmmaking, it’s more that it didn’t suck and it showed promise, so there’s that.

I appreciate the continued desire to keep the focus of the OUAT world on the stories of women. It’s not the most obvious thing, but it’s totally there. It makes sense, too. Fairy tales have always been the province of women and girls, so it only makes sense that the shows based around all these stories would be based around the lives and interests of women. I like that. It’s nice. 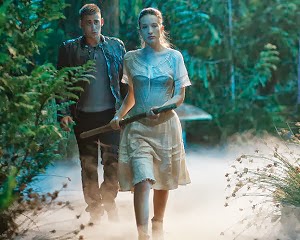 Fortunately for us all, as well, Alice makes a good heroine. With a story as simple as hers (trying to rescue her lost lover), it would be easy to fall into cliché and romantic shorthand, but that’s very much not the case here. Cyrus clearly loves Alice for her adventurous spirit, and Alice is completely at home with the idea of rescuing her love. She’s no flinching damsel, not because damsels are inherently bad, but because that’s just not her style. And neither is she a super action chick. Mostly, she’s an interesting girl with some solid street sense and a good backhand. You can’t ask for much more than that.

As for the Red Queen, we really don’t know enough about her to know what her deal is yet. So far, she seems a bit the stereotypical villain, all simplistic and frivolous, but who knows. She might develop some depth yet. It is only the first episode. Of all of it, though, she was probably the low point for me. And since I still liked her, that’s probably a good thing overall.

I wish I could get more deep and analytical here, but I can’t quite yet. There isn’t much to this show so far. I mean, there’s a story, and it’s a nice story, but that’s pretty much it. I hold out a strong faith that the show will manage to become more complicated and interesting as it goes on. Of that I have no doubt. What I want, though, is for it to gain complexity but keep the storytelling simple. I like what they’ve got going on, and I’d hate for them to lose it.


So. Once Upon a Time in Wonderland. If you liked the original Once Upon a Time, then you should definitely watch it. If you didn’t like the original, then it’s up to you. On the one hand, cute story, fantasy elements, lots of female characters and female stories. On the other, terrible greenscreen, potentially bad plotting, and a cast of unknowns (and John Lithgow). Up to you. But I’m tuning in for the whole season. 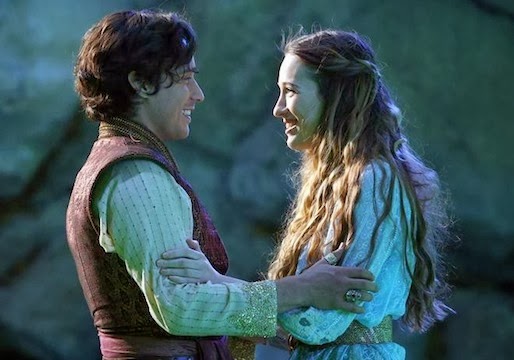