Pilot Season: The Originals (This Is Also Racist, Sadly) 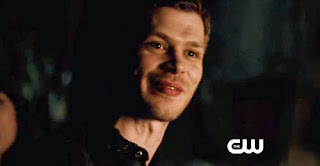 Let’s start off today with a confession. I have not actually ever seen an entire episode of The Vampire Diaries, so that probably puts me in a bad position to review a show that spins off from it. I mean, I’ve seen the last ten minutes of a lot of episodes, from back when TVD was on right before Supernatural, but that’s about it.

I think it’s about some preternaturally attractive teenagers in a small town all having emotional problems or something. Either way, I’m sure I’ll get to it eventually.

But that does put me in a little bit of a bind. Because I do want to talk about The Originals, which is an interesting show with an interesting concept, but I feel rather strongly that I have no idea what the hell is going on.

That makes sense, since The Originals actually aired as a backdoor pilot on last season’s TVD, and now is available on Hulu in anticipation of the show’s first official season. It’s not bad, exactly, it’s more that I’m pretty sure I would like this a lot better if I knew anything about the source material.

Which is kind of a problem. But we’ll get to that in a minute. We have bigger fish to fry. 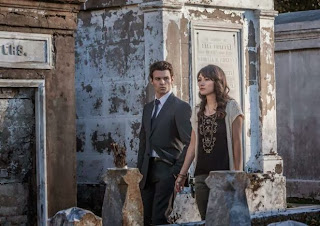 Starring Klaus (Joseph Morgan), a werewolf-vampire hybrid, the show seems to be about family and redemption and lots of other interesting things. I gathered from the pilot that Klaus is not a good guy, and that his path to goodness will be the arc of the show. So that’s nice.

In this first episode, Klaus returns to New Orleans for the first time in a hundred years or so because a pair of witches, the Deveraux sisters (Daniella Pineda and Malaya Rivera Drew), are trying to kill him. Or so he thinks. Upon his return to town, he runs smack into Marcel (Charles Michael Davis), his former childe and now the master of New Orleans. Marcel has complete control of the witches in the city and kills one of the Deveraux sisters for daring to commit magic without his approval. Klaus is intrigued.

Or what passes for intrigued with Klaus, which appears to be mild constipation and a toddler’s tantrum. He digs a little deeper and discovers that the witches called him there so that he would bring Marcel down. They pull in his vampire brother, Elijah (Daniel Gillies), and Klaus’ ex-flame Hayley (Phoebe Tonkin) to sweeten the pot. Also, Hayley is pregnant. It’s a miracle! Or a soap opera. Take your pick. 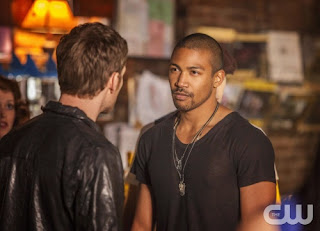 Either way, the basic conflict of the show is established. Klaus will help Sophie Deveraux take back New Orleans from Marcel, and in return, she won’t kill Hayley and Klaus’ child. Klaus will get an heir, the witches will get freedom, and Elijah will get a chance to push Klaus towards something vaguely wholesome for a change.

Like I said before, I have a feeling that this whole “redemption of Klaus” thing would be a lot more meaningful if I actually had a sense of the character before watching this pilot, but I didn’t and therefore it means very little to me.

I compare this best to Angel, which spun off from Buffy the Vampire Slayer after the latter’s third season. Angel was appropriately enough centered around Angel, Buffy’s erstwhile lover, the vampire with a soul. He was seeking redemption in the city of Los Angeles, and the show was a grittier, more urban fantasy response to Buffy’s suburban twang and occasional silliness. You didn’t have to watch Buffy to like Angel. The characters were fully formed, well introduced, and the conflict was immediately apparent without being shoved down your throat.

I think you can see what I’m getting at here.

For all that Klaus is very attractive, he’s not particularly compelling. He’s a bad guy. Maybe he has the ability to become better, but right now, I don’t see that, and therefore I don’t care. Literally nothing he does in the pilot is memorable or intriguing, and his one scene of “depth” is just a bunch of psychoanalytical hooey that pops in out of nowhere and then ends quickly. It’s not good, is what I’m saying. 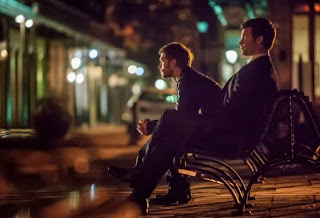 Oh, the concept is interesting. It’s about a war in the vampire establishment, between Klaus and Elijah, who are the “Originals” – the first vampires, I assume – and Marcel and his crew, who represent change and the new guard. It’s a nice touch to put this story in New Orleans, a city so in touch with its past and yet walking so tenuously towards its future, and the whole thing with the baby, though ham-handed, is a nice symbolic addition.

It’s just…I don’t actually care about any of it. And also, it’s super duper racist.

Did you miss that bit? Because while I enjoy the premise of this show, in its execution it is incredibly racist. Horrifically so, even.

Let’s break it down another way. Klaus, a European, upper-class white guy, is credited with starting New Orleans, along with his Originals family. Then, he was run out a couple centuries later, and the city changed. New blood came in. New blood, like Marcel, a black vampire, who claimed the city as his own after it was abandoned.

Marcel is always shown as holding raves or parties, as never going anywhere without his “posse” and as being the undisputed bad guy of the show. He’s evil, we get it.

Klaus’ mission, therefore, is to take back his nice white city from the mean black vampires. Seriously. When you watch it closely, all the antagonistic vampires are people of color, and all the good guys are white. Not even vaguely ethnic white, either. Sour cream white. 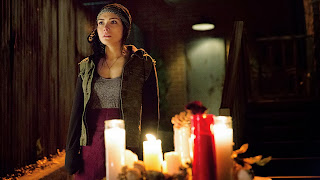 And also there’s some derogatory stuff about voodoo, badness with Klaus “reclaiming what’s his”, by which he means the predominantly black city, a lot of stuff about how Marcel is a terrible leader and unnecessarily cruel, and topping it off with a grossness where we are made to feel uncomfortable because Marcel likes to prey on white women. Blech. Just blech.

As with all of these things, I doubt the writers were intentionally being super racist, but they managed it anyways. So good job guys. Way to really think about what you were writing.

As I said above, though, the show does have some merit. The concept is interesting, and if they can manage to get past the motif of “help the rich white guys reclaim New Orleans after poor blacks ruined it”, then the show has a chance of being good. If they can manage to advance Klaus’ storyline past what we presumably saw on TVD and actually make us give a crap about him.