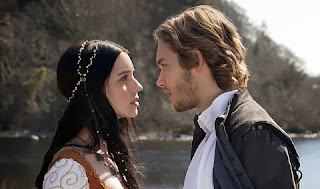 We’re so close to the end of pilot season, you guys, I can almost taste it. It’s not that I don’t like Pilot Season or anything, it’s just that after about two months of it, the constant roulette game of whether or not this is a show I’ll enjoy gets kind of old. And by that I mean it gets really old and I’m ready to settle down with some old favorites and a few new promising shows and have a quiet.

But not until we’ve finished picking over the new shows! No rest for the wicked and all that. Blarg.

So, let’s talk about Reign, the new CW show that is both considerably more historical than I was anticipating and also wildly anachronistic because why not? It follows Mary, Queen of Scots, as she goes to meet her fiancé, the future King of France, and prepares to someday wed him and join their two countries in a marriage alliance. It’s a medieval soap opera, with lots of gowns and a cool soundtrack and some dishy romances and backstabbings and evil plots.

I kind of love it already. Or, at the very least, I am already super emotionally invested in it, so that’s always a good sign. This doesn’t mean I don’t have reservations, however, and we’ll get to those in a second.

In the pilot episode, Mary (Adelaide Kane, who you may recognize as Cora from Teen Wolf) has been living at a convent in France for the past nine years. Her solitude is an effort to keep her safe, but when a fellow nun dies as a result of an assassination attempt on Mary, her keepers decide that it’s time to formally present her at the French court and get her ready to marry Francis (Tony Regbo). 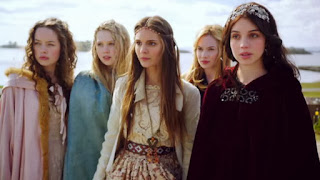 Mary, who has not seen Francis since they were children, is both anxious and excited to see her future husband again. But, because this is royalty we’re talking about, it’s not all smooth sailing. For one thing, Francis has his own ideas about whether or not Mary is a good match. And, interestingly, they are pretty good ideas, mostly focusing on the fact that while they might like each other, their countries may not be a good match.

Also muddying the waters is Francis’ mother, Catherine de’Medici (Megan Follows). Catherine is a terrifying blend of motherly concern and ruthless political maneuvering, so, you know, a great villain. Her soothsayer, who happens to be Nostradamus himself (Rossif Sutherland), tells her that Mary will cause Francis’ death. So naturally Catherine is going to do everything in her power to prevent that.

Among those things? Trying to give Mary a sleeping potion so that she sleeps through a rape attempt and wakes up with her virtue spoiled and unable to marry a future king. Unfortunately for this incredibly dark plot, Mary doesn’t drink the wine, wakes up during the assault, and screams for help.

The assailant, a lover of one of her handmaids who has been blackmailed by Catherine, ends up dead, and Mary learns a valuable lesson: watch yourself. She also learns that someone is watching out for her, probably a woman, but we don’t know who, and neither does Mary.

There are a couple other plotlines that factor in so far. Mary’s friends and ladies in waiting all have the potential for their own stories, but so far the standouts are Lola (Anna Popplewell), whose lover tried to assault Mary, and Kenna (Caitlin Stasey) who has sex with the king. Both of those things could and probably will turn out horribly, which is kind of the point of this show. 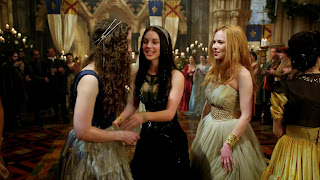 The other major knife in the works comes in the form of Francis’ bastard brother, Sebastian (Torrance Coombs), who seems to have more than a bit of an eye for Mary. His mother, on the other hand, thinks Mary spells trouble, and makes alarming allusions to something very dark happening in the woods. My bet? Creepy pagan sacrifices. Just a hunch, but they did mention blood.

Pretty much the gist for the pilot is that Mary, who hasn’t lived at court since she was a child, has no political sense whatsoever, and therefore keeps bungling things up. By the end of the episode, though, she’s finally realized that surviving until her wedding day is going to be a bit of a trial, but if she wants what’s best for her people, she should probably try to be better at it.

Spoiler alert, if you read the Wikipedia page, you get the impression this isn’t going to be a show with a happy ending.

Anyway, I’ll start with the good stuff. For one thing, I’m already invested in it. While the show was going, I found myself actually rooting for different characters, getting excited about plot developments, and wanting to scream when something bad happened. So that’s good. 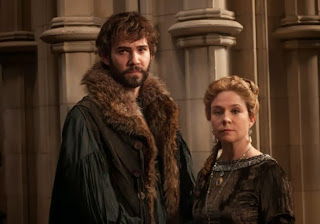 It’s also a show, and this is much to its credit, about the world of women. Oh, sure, it’s the super privileged world of a pretty, pretty princess and her beautiful friends living in a castle and talking about marrying princes, but it’s all about the women. A woman is the hero, and a woman is the villain. The supporting characters are mostly women, the conflicts are about the place and role of women, and the men are mostly non-players.

The flip side of this is that while the men factor very little in the actual plot and machinations of the show so far, they are the subject of nearly every conversation and confrontation. While this makes perfect sense in a show about royalty and succession and marriage, it’s still a little annoying that literally every single scene was somehow about a man.

Also frustrating? The fact that even in the first episode, Francis is more complex, interesting, and developed than Mary is - by a lot. We know so much more about him as a person than we do about her, and the story suffers for it. Mostly all we know about Mary so far is that she's impulsive and passionate. Time will tell if she has other important qualities, but so far, no idea. For the other female characters as well, we don't know a whole lot. I mean, tidbits, but we'll have to wait and see how they all play out. And I'm really not thrilled that in a show about and for women, the women are the ones getting the shaft.

Yet another side to the argument, though, points out that the very nature of the show, it’s discussion of sex and the royal preoccupation with virginity, the sexual double standards, and the way that Mary and her uterus are traded around like a chess piece, is actually a criticism of these sexist practices. Because while Mary understands why she’s been traded in marriage, she still wants to be happy and fall in love and live a good life.

It’s naïve, but that doesn’t make it bad. 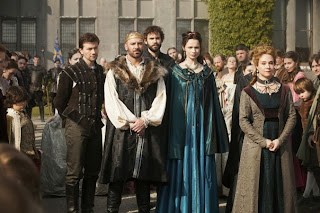 And honestly, I would say that sums up the whole show pretty well. Naïve, but not necessarily in a bad way. It seems to suppose that a romantic view of history, of seeing all these power hungry nobles as characters in a soap opera, will make the bloody truth more palatable, or at least more interesting. And it suggests that Mary’s romanticism is her saving grace. I’m not sure that’s true, but I don’t hate trying to find out.

I also don't really mind that as a queen getting ready for her own marriage, Mary talks about men all the time. Honestly? It's probably on her mind a lot. And whatever we might say about it now, in that time a woman in Mary's position was actually defined entirely by the men around her. That doesn't make it good, but it does show that Mary has an awareness of her situation. And it doesn't mean this show, this story, can't still be feminist.

So, yes, the dresses look more like modern prom dresses than period attire, and the soundtrack is suspiciously free of classical tunes, and sure, it’s a soap opera based on some incredibly bloody history, but so what? It’s got two queens pitting themselves against each other for the fate of an alliance and the rule of two countries, a religious element, constant underlying sexual tension between a few too many people, and some seriously great locations.


But more than that, it’s got a story that pulls you in, into a world populated by women who want power, have power, or are running away from power. It shows you how oppressive a world where women only gain power through men is, and it asks you to root for its heroine anyway. I kind of love it. At least enough to keep watching, which is good enough for me. 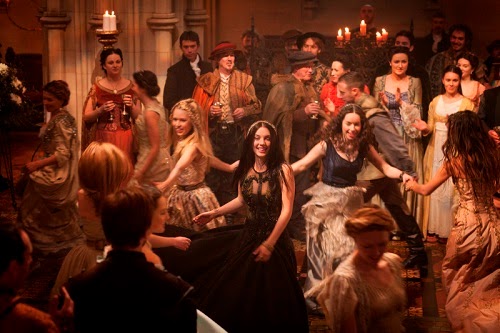