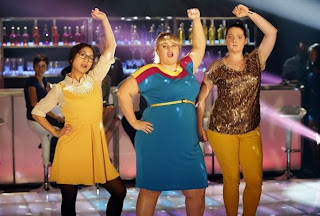 Guys, I want to like Rebel Wilson. I really, really do. She seems super rad. I appreciate most of the projects she’s involved with, like Bridesmaids and Pitch Perfect. But despite all of this good will, I can’t actually really get behind her, because it seems that when you leave Ms. Wilson to her own devices to create a show, she makes Super Fun Night, an intoxicating maelstrom of self-hate, discomfort and fat jokes.

But before we get into all of that, what is Super Fun Night actually about? Well, that’s kind of a complicated question, as I’m not sure I quite know.

From what I can tell, however, it follows the adventures of perennial loser Kimmie (Wilson) and her two roommates, Helen Alice (Liza Lapira) and Marika (Lauren Ash), all social misfits with reasonably good jobs but no real social skills to speak of. The three friends have a tradition – going out for Super Fun Night, a weekly (I think) group night out.

Our pilot kicks in when the girls decide to go out to a piano bar. Kimmie loves singing, but she has terrible stage fright as a result of bullying when she was in middle school. Somehow this has not kept her from working as a lawyer at a top firm, but now that she’s been promoted it could be a problem. So, Kimmie has to learn how to overcome her stage fright, and singing at a piano bar seems the best choice. 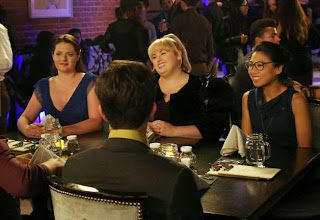 There’s a love interest, of course, in Richard (Kevin Bishop) a fellow lawyer at the firm, and the boss’ son. Richard is British in all the senses of the stereotype. He’s foppish, sweet, and completely unsure of himself. Kimmie likes him to distraction, but has no idea how to get him, and Richard seems a bit oblivious.

Complicating matters is our traditional villain, an attractive, Type-A she-beast lawyer, Kendall Quinn (Kate Jenkinson). Kendall is a winner who believes in winning. She wants Richard because he’s the boss’ son, and she hates Kimmie, because Kimmie everything that’s wrong with the world. Kimmie is a loser. Kimmie is fat. Kimmie cannot be allowed to win.

Maybe it’s because we’re only one episode in, but everything in this is too easy, too simplistic, and way too offensive for me to get involved.

Anyway, Kimmie gets ready to sing at the bar, and finds that Richard has joined her friends in support of her. Unfortunatley, Kendall’s shown up too, and decided to compete, because hell if she’s going to let Kimmie win.

There’s singing, there’s ritual humiliation, there are some gay jokes, Helen-Alice gets super drunk, and I guess a good time is had by all. Kimmie finds some confidence, but Kendall still wins the contest. Oh, and there’s consolation pizza for the losers. 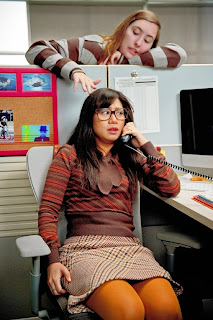 I rather dislike this. It’s not just that it’s a show about losers, or a show with a completely boring and unoriginal antagonist, or that the whole premise makes me sad. It’s that when you put it all together, you’re left with a show that makes you feel like crap in the name of rooting for the underdog.

Kimmie, for all that she’s an inspirational tale and clearly the underdog who will triumph, makes me very sad, because she’s pretty much a one-note joke about fat people. Oh, she’s got a little bit of character development. She isn’t just fat, she’s fat and socially awkward, which makes it so much better. She deals with anxiety by eating, makes jokes about her boob sweat and spanx, and is so uncomfortable with herself that she uses pictures from five years ago.

I don’t mind having a plus-sized female protagonist. Actually, I think it’s great. But I’d really rather have a plus-sized female protagonist whose sole defining feature was not “funny because she’s fat”. Or possibly, “awkward because she’s fat”. No seriously. That’s it. We have no idea what Kimmie’s job is, other than that it somehow involves law, because whenever we see her at work, she’s running to the break room before they run out of jelly donuts.

We don’t know about her family life, just that her idea of a pity party is eating four large pizzas. And the entire tag to the episode was her trying to put on spanx. As a side note, have any of you actually ever worn spanx? I’ve never met anyone who has, except a couple of brides. Weird.

Kimmie’s life is one big fat joke, and it’s awful. Her last name is actually Boubier, because it’s said “boo-bee-ay” but it’s a way to make you think about her breasts every two seconds. Because obviously that’s the name everyone uses for her. Did I mention that there’s a throwaway joke about Kimmie winning a contest for guessing the weight of her own breasts? Because that was also a thing that happened. 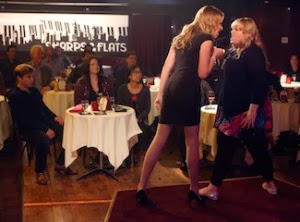 There’s a small part of me that wants this show to die quickly so that Liza Lapira, whom I adore, can get another job sooner rather than later, but I’m trying to ignore that voice for the sake of the greater good. Why? Because this show has potential.

If it can manage to stop making everything about Kimmie’s weight for two second, then this could actually be a show I enjoy. A group of awkward but endearing women becoming more confident in themselves and succeeding in life while overcoming the obstacles society and other women put in their way? I’m down for that.

What I’m not down for is the show right now. I’m not going to watch it, because it makes me sad, and I try to only let brutal documentaries about the state of the American prison system make me sad. So shape up, show, or else. And stop talking about spanx. No one cares that Kimmie is fat. Make her interesting instead. 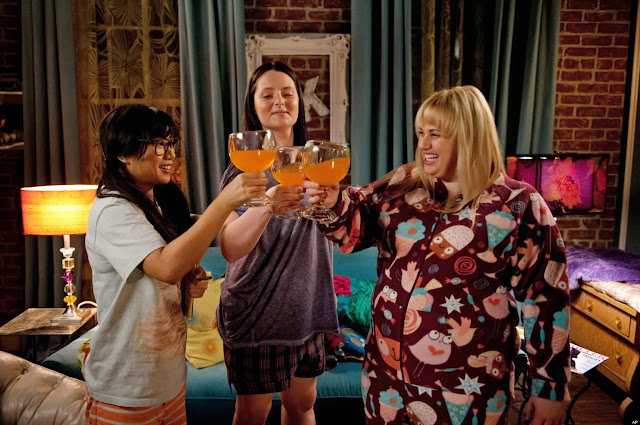