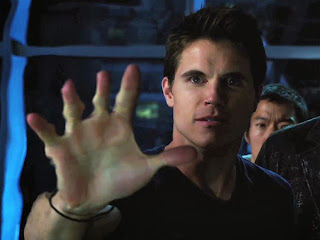 Okay. Awkward confession time. Back in college, I went through a bit of a troublesome patch and eventually ended up at the campus health center talking to a therapist. She listened to my story and my explanations for the past few months, then quickly referred me to a shrink, who took all of fifteen minutes to confirm the diagnosis. Namely, that I am bipolar and have been pretty much forever.

After that it was a whole round of different medications with different side effects, sometimes anti-depressants (made me hyper and crazy), sometimes sedatives (made me sleep eighteen hours a day - no joke), and sometimes just weird stuff (side effects included "loopyness" whatever that is). My point is, I spent quite a lot of college in and out of various therapist, psychologist, and psychiatrist offices, had to have my blood drawn every three weeks for tests, and was constantly downing horse pills in the hopes that this one might maybe, just maybe make me normal.

So to say that I have feelings about the portrayal of mental health in popular culture is a bit of an understatement.

We could go into more of the details of my struggles with my disorder, but that would be kind of boring and self-indulgent. Instead, let's talk about The Tomorrow People, the CW's new remake of a British classic, that somehow manages to make the whole superhero narrative into one about mental health issues. And I have mixed feelings about that.

The show follows Stephen Jameson (Robbie Amell), a nice teenager (who happens to be really obviously in his twenties, good job casting folks), who struggles with severe mental issues. Among them, sleep-walking, hearing voices, and just some general paranoia and delusions of grandeur. One day, though, Stephen is shocked to find that the voice in his head is giving him really precise instructions, directions actually, and when he follows them he winds up in an underground bunker with a whole bunch of ragtag rebels. Who have superpowers. Just like him. 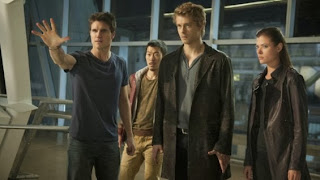 They're called the Tomorrow People (and are very clear that they didn't invent the name), and they think that Stephen could be the key to their survival. Stephen is much less convinced of this.

The Tomorrow People, led by Cara (Peyton List), who was the voice in Stephen's head, and John (Luke Mitchell) are hiding out from a scary organization called Ultra. Ultra knows about the Tomorrow People, but instead of the usual human reactions to the strange and new (fear, confusion, denial, and then bland acceptance, let's be real here), has decided that blatant eradication is the key. They're trying to kill everyone, is what I'm saying.

Stephen, though, is special. Even special-er than the other Tomorrow People. Because he isn't just any kid with superpowers, no, Stephen is the son of the man that the rebels call their leader. Stephen just thinks his dad is a deadbeat whose schizophrenia got too bad and disappeared, but it turns out he was a great leader who left to try to find them a new place to live, where they wouldn't be persecuted. Like, say, Genosha or something.

The TP want Stephen to find his dad so that they can find a new place to live. Stephen just wants to not be crazy, though, so he leaves. And immediately gets kidnapped by Ultra, because of course he does.

In Ultra headquarters, Stephen meets Dr. Jedikiah Price (Mark Pellegrino, who the CW must just keep in a closet until they need him again), the scientist looking to not just eradicate the TP, but to cure them. He tries to force a cure on Stephen too, only for Stephen to be saved by a rescue attempt by Cara, John, and Russell (Aaron Yoo). They manage to escape Ultra's clutches, but not before we find out that John may or may not be Dr. Price's son, and that Stephen really is the special-est snowflake. 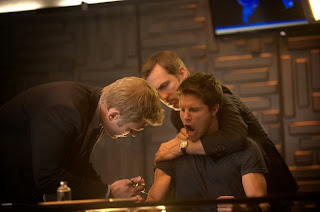 Stephen makes peace with the idea of his dad's memory, the TP get ready for the battle it most certainly will be for them to find somewhere safe, and everyone marvels at their ability to now fight against Ultra. Yay!

And then almost immediately boo, when Stephen comes home and finds his mother (Sarah Clarke) talking to his long lost uncle...Dr. Price. Yes, Dr. Price is now going to blackmail Stephen into spying on the Tomorrow People, in exchange for the safety of his family and the people he loves. Clearly this will end badly. But wait, he's not actually doing it after all. Or, well, he is, but only so that he can find out what happened to his father. He's not really turning against the Tomorrow People, even though they certainly think he is. It's complicated.

So, there are a couple of things going on here. First of all, I think you may have noticed that the show draws probably more from the modern X-Men franchise than anything else, especially with the whole "let's find a safe place where we can be free to be you and me", which is a lot like the Genosha arc with Magneto and all that stuff. I'm not saying it's a complete departure from the original material, but this certainly feels more X-Men-ish to me.

Also? The CW isn't usually known as the most diverse of employers, so it's not all that surprising to see that there are only two characters of color and three women in the whole show, but honestly, I'll admit to being happy to be able to find even that many. Still, of those two characters of color and three women, only one is actually a main character, so we're still not doing super hot. 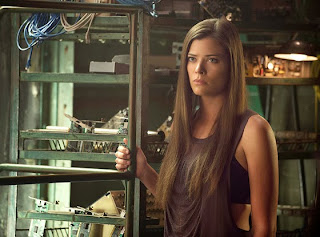 That the only main female character is the subject of a love triangle only makes the matter more confusing. Cara is interesting, I guess, but she's a woman whose entire identity (at least in the first episode) is defined by her love for and hope in Stephen. She's shown only in his context. Hanging out in his head, defending him to John, going to his rescue, etc. I'm sure she has potential to be a really interesting character, but so far, she's pretty one note. And that note is Stephen.

But all of this is ancillary to my larger critique, about the use of superpowers to talk about mental health issues. And honestly? I don't love what they've done here.

Look, I get that this is an escapist fantasy about teenagers (who look suspiciously like adults) with superpowers fighting against "The Man", but that doesn't give the show any right to be such a jerk about actual mental health problems. At first I was actually pretty cool with how they were showing them, for the record. With Stephen's mother constantly feeling like she's failing him, that she's frustrated with him and his actions, but can't really blame him because he's sick, and his ostracism at school, all of that was really well done.

Later in the episode, though, when Stephen discovers that he is not, in fact, crazy, I felt kind of annoyed by how quickly he started to take offense to people pointing out that he might still have mental health issues. Like all of the good humor and acceptance and even frustration he had with his life was completely washed away by the simple "you're not crazy" and now anyone who even suggested he might have mental health problems was a jerk.

Would I love to find out that my bipolar disorder gives me superpowers? Hell yes! That would be awesome. But it wouldn't erase the hundreds of hours I've spent with therapists and taking pills and worrying that one of these days I just won't catch it in time and I'll go off the deep end. I like that they made his mental health problems a symptom of his superpowers. I don't like that when he discovered those superpowers his mental health problems were magically erased from the narrative. 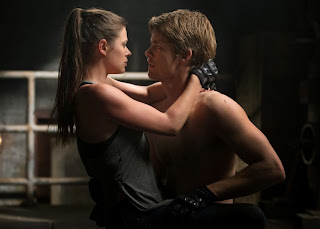 Why can't we get a hero who is both superpowered and also crazy? What's wrong with that? For starters, it would be very interesting, and also kind of intriguing. As if the genuine mental abnormalities associated with mental illness were a sign of great power, but they were still a problem in day to day life.

I guess what I'm saying is that I would like this show better if Stephen stayed crazy.

And maybe that's just me. I'm being very up front about how much of a vested interest I have in this, but I really do think it would be better writing. Not only that, but it would be better in general. How many kids, awkward about their mental health situations and uncomfortable discussing them would feel better if they saw a show on TV about kids with superpowers that also have to deal with hallucinations or mood swings or uncontrollable tics?

But the narrative doesn't do that here. Instead, it erases Stephen's illness, his weakness, and hand-waves it away. And that seriously, genuinely sucks. 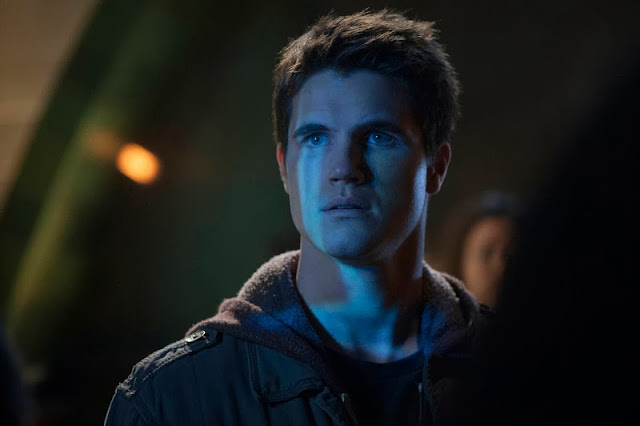