Returning Shows: Parks and Rec (It's Kind Of The Perfect Show) 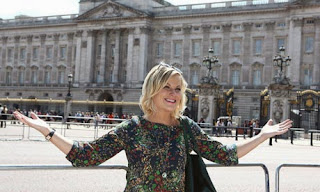 I don’t actually talk about Parks and Rec that often on here, and it almost strikes me as odd, until I remember that I don’t actually have that much to say about it. Not in a bad way, mind, it’s just…how do you talk about a show that’s pretty much perfect?

Parks and Recreation is pretty much my perfect storm of things that I love in a television show. First, it’s written and produced by a woman, stars a woman, and has tons of female characters. Second, those female characters (and the male characters) are all racially and ideologically diverse. Third, the writing is excellent. Fourth, the subject material makes me smile, and fifth, I just love it, okay?

At any rate, Parks and Recreation has returned for its improbably sixth season, and I would like to take this opportunity to give it the glorious bath of love that it deserves. 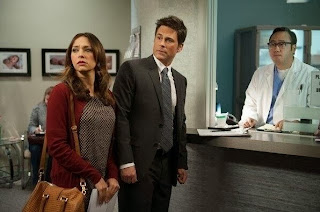 So, if you’re one of those people who really only reads my blog because you like it when I get pissed off and rant a lot, I would skip on over to these articles here, because this is going to be disgustingly positive.

Head of the pack is Leslie Knope, played by Amy Poehler who also writes and produces the show. Leslie is overwhelmingly positive, unabashedly feminist, blissfully ambitious, and completely insane. I love her. I want to stand next to her and just bask sometimes. Leslie started out as the Deputy Director of Parks and Recreation for the city (I think, I’m too lazy to google it) and has now advanced to holding a seat on the City Council.

Only things aren’t going so well on the City Council. Leslie’s approval rating is in the toilet, and her attempts to climb out of that toilet are meeting with little success. Ann (Rashida Jones) wants Leslie to remain positive, but it’s hard when her latest efforts are met with complaints about slugs instead of issues. 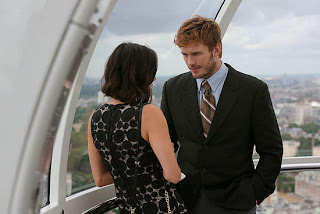 Into this strolls April (Aubrey Plaza), who has found a solution to all of this. She nominated Leslie for an award for women in government, and shockingly, Leslie won. She gets to accept the award next month in London. All of this, mind, happens in the first five minutes, to set up the basic premise of the episode, which is that our gang takes on London.

There are also the side plots, where Ron (Nick Offerman) and Diane (Lucy Lawless) get married in the first two minutes of the show, are going to have a baby, and Ron ends up in London alone while Diane has morning sickness. Ben (Adam Scott) and Andy (Chris Pratt) are off to London to talk to some investors for their afterschool arts program, and Andy manages to completely insult everyone there in minutes, but it all turns out okay in the end because Andy is disturbingly lovable.

And Tom (Aziz Ansari) has his own plotline about someone with a competing formalwear store in Pawnee, but that was easily my least favorite part of the episode.

But that’s the thing. My least favorite part of the episode was still miles above my favorite part of most other shows. While I don’t necessarily like Tom, his character is so well mapped out, and the story is so funny, that I care. I don’t even really want to care, but I do! It’s like witchcraft. 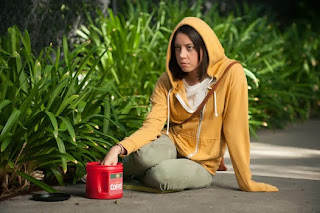 Ultimately, I think that’s what makes Parks and Rec a great show. Not only is it well written and possessing of a preternaturally good cast, it’s also full of really interesting characters. Not necessarily nice characters, or ones you’d really want to hang out with all the time, but good ones. They’re thorough, complete people. You can guess how they’re going to react to things. You can sympathize with their pains. And you can absolutely love them even though they’re being dumb.

More than that, though, I love Parks and Rec for its heart. There are a lot of good sitcoms out there, but few that are so actually and genuinely good, you know? Not just well crafted or acted, but about good people doing good things. And that makes sense. It’s hard to make competence and conviction funny. Nice people are kind of boring. Only here, they aren’t.

Leslie is the queen of nice, but she’s never dull. And being nice doesn’t stop her from being ambitious or feminist or blatantly funny. Her marriage with Ben is stable and loving, but that doesn’t make it less funny. It actually makes it moreso, because they are so different and yet so utterly in disgusting weird love. Or Andy and April, who aren’t always nice but do want the right thing. Or Ann. Or Donna. Or any character on this show. They’re all good. It’s a show about good people doing good things and it’s wonderful.

So, in answer to a question no one really asked, this is why I don’t talk about Parks and Recreation much. Because to me, it is perfect. I have nothing to complain about, and not a whole lot to say. It makes me happy and it makes me feel good about the world. What more could I want?

You should watch it.