Returning Shows: South Park (Not Everything Can Be Ironic, Guys) 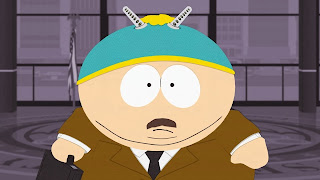 You know, I debated for a while about whether or not we should even bother talking about South Park on here. I mean, on the one hand, it’s a good show and I do actually watch it pretty regularly. I will admit to some hipster tendencies (I like the early seasons best, thank you very much), but overall it’s a funny, topical show and I enjoy that.

I also watch The Daily Show and step back in for the occasional episode of Mock the Week. I like my topical humor. So sue me.

All of that makes South Park arguably a great candidate for discussion here on the site. I mean, I watch it and I have opinions, and those are pretty much the only two requirements. But, there’s a flip side. Because while I do have opinions about South Park, I’m a little bit conflicted about whether or not those opinions matter.

I mean, of course they matter to me, but I’m not so sure they do or should matter to you, dear reader. Why? Well, let me tell you a thing.

South Park is not a show that is intended to be consumed as a story. At least, not anymore. The show isn’t actually about Stan and Kyle and Cartman and Kenny. It never really was. The show is really about us. As a country and a human race. It’s about our awful tendencies, our ridiculous habits, and the stupid ways we deceive ourselves into thinking we’re making the world a better place. It’s a little cynical. 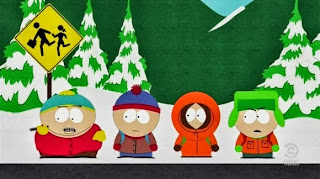 The show is about everything. Everything is mocked, everything is analyzed, and in the end, it’s pretty ecclesiastical. Everything is meaningless, a chase after the wind. Or, in less poetic terms, the motto of the show appears to be, life sucks and then you die. Try not to be too stupid while you’re here.

And, honestly, I find that pretty depressing. I mean, I can’t really argue with the levels of validity behind it, but it does feel like a horribly unpleasant way to live. And the show sometimes feels heavy behind all of that nihilistic angst. There’s not a lot of hope in South Park, Colorado, and what there is usually comes from a tragic misunderstanding and is gone by the end of the episode.

The problem is, what with South Park being a topical humor show with a deep and terrifying undercurrent of existential ennui, there’s not a whole lot I can analyze with the show. I mean, I could complain about how it has very few female characters, and the ones that do appear are either mothers or love interests. I could comment that I love Wendy Testaburger, though, because she is rad and that breast cancer episode where she beats up Cartman is amazing.

I could point out the raging lack of diversity, and the slightly unhappy aspect of the show where two white, middle-class American boys are the mouthpiece for all “sane” people in the world. And I could point out that the central gimmick of the show, that these four boys keep ending up in trouble and ridiculous things keep happening but the show always resets, is getting stale. But you wouldn’t really care, would you? Because anything I can say about South Park has already been said. By South Park. 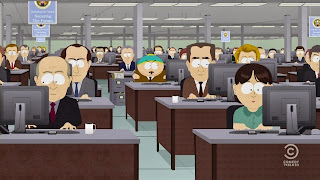 So here’s what I will tell you. This season, South Park starts by taking on the government, of freaking course. Not the government shutdown, as it happens, but the whole NSA spying on US citizens bit. Cartman, egotistical nutjob that he is, manages to be simultaneously enraged by the idea of the government spying on him and also obsessed with broadcasting his every thought to the entire internet via a new app called “Shitter”. He plans to infiltrate the NSA and find out what they know. And his every thought is literally transmitted to the internet instantly and also broadcast loudly by a speaker to everyone in the vicinity.

So, business as usual.

Meanwhile, Kyle is angry that Cartman is annoying, and proceeds to complain about it a little. But he and Stan factor into this episode very little, and Kenny doesn’t show up at all, so we’re just going to leave them here. Butters is actually our foil this time. Upon hearing that the government is watching everything he does, Butters turns to government as a new religion. He prays to it. He confesses his sins at the DMV. He starts to proselytize and convert Jehovah’s Witnesses. Because the government watches over us and keeps us safe, right? They just want us to be honest when we do bad things. 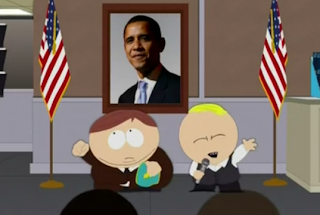 Cartman manages to infiltrate the NSA, only to find that most people are really boring and their file on him calls him “fat and unimportant” which drives him nuts. He finally finds out the real secret behind the NSA’s surveillance, and tries to blow the whistle on it (they’re torturing Santa to find out who’s naughty and who’s nice), but no one cares. In the end, in a nice case of symmetry, Cartman ends up joining Butters’ government religion and confessing his sins at the DMV.

And then there’s a bit where the DMV and then the Post Office and then the local news channels are shut down in succession because the instant one of them becomes a place of religious significance, the leaders start having sex with little boys.

Look, there’s some interesting commentary in here about the two different fringe views on the whole government surveillance thing. And I did laugh while I watched the episode. So that’s good. But ultimately I think my problem with South Park, and the reason we never really talk about it on here, remains the fact that none of it matters at all. The characters are never actually changed by their experiences. Nothing every shifts in their world. They are eternal. And honestly, it makes for kind of crappy television.

The episodes are great so long as you want to laugh at some recent news, but in hindsight, the good episodes are the ones about the characters themselves. Not the topical ones. As a show, they are actually doing themselves a disservice by focusing so much on the news and so little on their actual story development. And that’s sad. 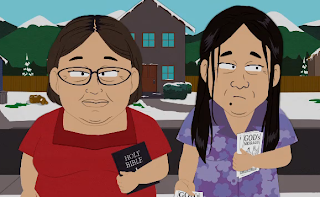 Also, I am sick and tired of them making jokes about pedophilia and religion. I get it, it was a really big scandal. But that was actual, literal years ago, and there are much more interesting jokes to make now. And it’s getting rude. Which is a weird criticism to level at the writers of South Park, but I stand by it. Find some new material for crying out loud.

I wish I had more to say, but South Park is a show that by and large defies analysis. It’s like they’re running in front of me yelling, “You can’t talk about that, we already made an ironic comment about it, so anything you say would just be redundant! Try to hold us accountable! You can’t! Haha!” And so on.

Maybe I’m reading too much into this.

But I think there’s a value in knowing where to stop making jokes. Yes, it’s good to make light of our situation and gain some perspective. But there’s definitely a time when we need to stop and think about what we actually, genuinely find important. What do we really and truly value? Not everything can be ironic. Something has to be genuine.


And until South Park shows me that they hold something sacred besides white male privilege and the right to swear on television, I will laugh, but I won’t invest. 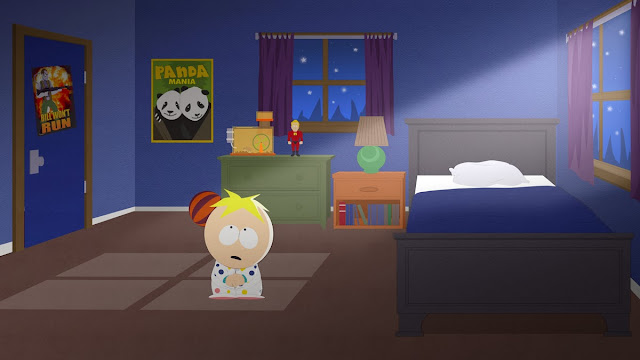