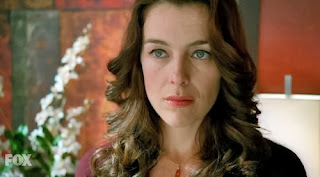 Adelle DeWitt is a bitch. Seriously. She’s a terrible person. And it’s fantastic.

Okay. Backing up a little bit here. Adelle DeWitt is a character on Dollhouse (yup, we’re dredging that well again) played to perfection by Olivia Williams. Adelle isn’t one of the main characters, actually. At best she’s probably top five, but she is notable because her personality and her character casts a very large shadow over the show, and her gradual transformation from “bitch” to “bitch with conscience” is part of what makes the show work.

In case you don’t recall, Dollhouse is a TV show by Joss Whedon about the ethical and science-fiction implications of “programmable people”. The “Dolls” are men and women whose entire minds have been wiped so that they can be programmed to be anyone and everyone the client desires. So, pretty much, really high tech hookers.

Adelle runs the Dollhouse, the upscale brothel where the show takes place. The Dollhouse doesn’t bill itself as a brothel, of course, but that’s what it is. A place where wealthy people (usually men) can buy anything. At all. 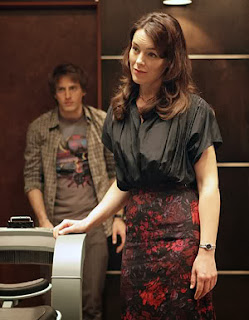 The Dollhouse itself is owned by the Rossum Corporation, that uses it for its own nefarious purposes (mostly technology development and testing). As the head of the Los Angeles Dollhouse, Adelle answers directly to the Rossum board. Her job is not an easy one, and it is most definitely not an ethical one. For the most part, at least at the beginning, Adelle doesn’t really seem to care.

Actually, for the first half of the first season or so, we don’t much think about Adelle outside of her position as the Dollhouse Director. It’s not until we find out her dirty little secret that we realize that Adelle DeWitt isn’t just an amoral bitch in heels. She’s actually a person. With feelings. And that makes all the difference.

Her dirty little secret honestly isn’t all that dirty. What makes it so is the way that she herself views it. The secret, that she engages one of the Dolls for a recurring assignment where he plays “Roger”, an attractive, charming, well-cultured Englishman who just happens to be her lover, could be a hell of a lot worse. But for Adelle, it’s the end of the world. If anyone were to find out, she’d be devastated. Because she prides herself on being aloof. That she doesn’t need anyone or thing. That she is perfectly happy being alone.

And that’s the crux of it all. Once you realize that Adelle is just as broken and screwed up as everyone else in the Dollhouse, it’s sort of a wakeup call. Because now you know that there really is no master plan. No great genius who’s going to get our gang out of every mess. They’re completely on their own. They’re human. It’s a big moment.

That is the point when Adelle starts to change. First there are the little cracks – when Rossum starts to exert more control over the Dollhouse because things start going wrong, when Alpha breaks into the Dollhouse and puts them all on edge, when the company is actually taken away from her, when she gets it back, but at the cost of her soul – they start small but slowly grow, larger and larger until there’s almost nothing holding her together but a grim determination to soldier on, and the firm resolution that the Dollhouse is safer in her hands than anyone else’s. 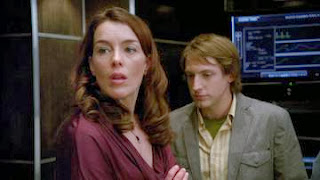 She doesn’t make good choices, to be honest. In fact, she pretty much ends the world. It’s not a happy moment. It’s what comes after that’s the good bit.

I mean, I could tell you about how interesting it is that in the second season they take her character and have her completely fall to her wit’s end, where she becomes an alcoholic, where she betrays everything she stands for, but I’d rather take you past that. To the end.

After the apocalypse, when we find the survivors, it’s actually a little surprising to see that Adelle is still there. After all, she’s the type of woman who lived in glass high rises and designer heels. She looks like she smells like expensive perfume, and she wears pearls unironically. A post-apocalyptic Adelle DeWitt is surprising, to say the least.

But the best part of it all? Adelle doesn’t just survive the apocalypse, she thrives in it. When we find her, years later, she’s comfortable with herself in a way she absolutely never was before. She’s grown as a person, learned how to trust others and how to be trusted herself. She’s become whole.

And she did it in a terrible situation, in the literal end of the world. 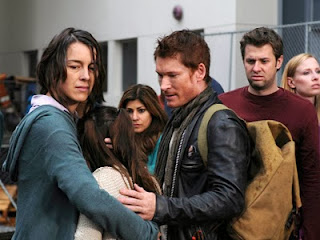 I find that really to be the defining point about her character. Because she’s certainly a strong woman when she starts the show, but she has the kind of brittle strength that doesn’t inspire confidence so much as anxiety. She has cracks and flaws and little burnt areas that are going to shake apart.

And then she does break, and at the end of the world she builds herself back together, better than before. Without the help of a lover, or a mentor, or really anyone. She builds herself into a person who can be trusted, because people need someone to trust. She grows. She loses all of the pretense, the surface, the fake strength, and finds something true and real.

Now, I’m not saying that we should all be like Ms. DeWitt. No. That would be really really bad. What I’m saying is that we should appreciate how she grows. She’s not a young woman when the show starts, though not as old as some imply, and to see that she is still capable of growth and radical change, and the reconstruction of her psyche, that’s pretty inspiring. And, it fits in thematically with everything else Dollhouse purports to be about.


Adelle DeWitt never actually stops being a bitch. What she does is become one who cares. And that’s pretty cool. 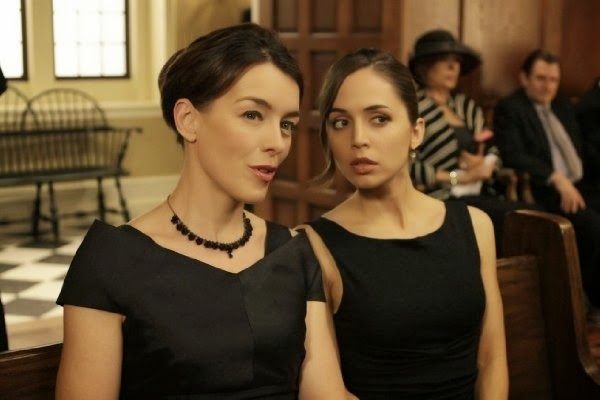