Strong Female Character Friday: Hazel (The Fault In Our Stars) 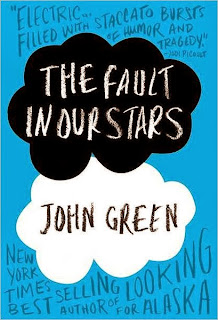 When we talk about “Strong Female Characters” it’s easy to think that what we mean is characters who are physically or emotionally strong. But sometimes we have to remember that there’s another kind of strength. Not the strength that comes from overcoming obstacles, but the strength that comes from enduring them. It’s different, quieter, and more unpleasant to discover, but it’s still important.

I hesitate to think that you’re on the internet right now and you’ve not heard of this book. I mean, it kind of seems like everyone and their mother has a strong opinion about John Green and his fiction writing capabilities. There are those who think he’s amazing, a genius, and the absolute best thing to happen since the invention of color, and then there are the people who blame him for single-handedly inventing hipsters.

That’s low, guys. John Green did not invent the hipster. He was way too busy being one in college.

Anyway, with all this kerfuffle about the author and his really awesome educational youtube channels and Nerdfighteria, it’s easy to forget that first and foremost, The Fault In Ours Stars is a book, and a damn good one at that.

It’s about teenagers with cancer, and yes, it does make you cry. Like a toddler past naptime. The story follows Hazel, a sixteen year old girl who loves long, pretentious books, obsessively follows America’s Next Top Model, and is best friends with her mother. She also has terminal thyroid cancer that’s spread to her lungs, and she has to carry an oxygen tank with her everywhere she goes. Her cancer medications give her a puffy face. She knows she will die. And she hasn’t gone to school in three years. 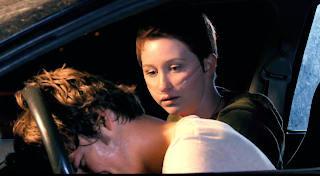 Hazel, while going to her loathed support group (just a bunch of people pretending their cancer isn’t them, when in reality it is made of them – Hazel’s not a big fan), meets Augustus Waters, the witty, charismatic heartthrob of the teenage cancer set. Augustus has osteosarcoma (bone cancer), but it’s in strong remission, and while he does now have a prosthetic leg, things aren’t so bad for him.

Augustus thinks Hazel is amazing. Hazel thinks that she’d better not get close to Augustus, so that when she dies, she doesn’t break his heart.

And that’s pretty much it. That’s what the book is about. It seems really simplistic, but to be fair, it is. That’s not a bad thing. Oh, there’s a bit where Hazel and Augustus go to Amsterdam to track down her favorite writer, and there’s romance, and there are other characters who do things that are meaningful, and people get sick and well and die and are mourned and it’s all very touching.

But the key of this story is that right there: Hazel knows she is going to die. She has known it for years. She’s lived with it for years, the fact of her own mortality. And in the face of this, while everyone else rages to make themselves known, to be remembered, Hazel is most concerned with the opposite. It’s not that she wants to be forgotten, it’s that she doesn’t want to leave a scar.

Western culture isn’t huge on this idea. We tend to view the idea of fading quietly into the night as anathema, as virtual heresy. Because it suggests that we are not important as individuals, but rather in our relationship to our community.

Hazel understands community. She understands that her family, though they love her immensely and powerfully, will go on after her death. She worries about them sometimes. That her mother, who has been caring for her full time for years, will be lost without her usual job. That her father will retreat into his work. She wants to make it easier on them.

Augustus, who seems to be so in the clear from his cancer, is another risk. She is afraid, not that he won’t love her, but that he will. That he will love her and then she will die, and she’ll leave a scar.

There is a strength in selflessness.

As a side note, in the TFIOS movie coming out soon, Shailene Woodley will play Hazel. Woodley will also be playing Tris in the upcoming Divergent movie, another character who deals with issues of selflessness. Just saying. 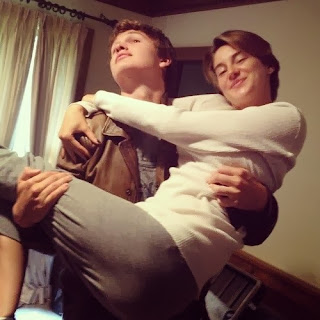 Now, a huge part of why The Fault In Our Stars is so popular is because of how it treats cancer and dying and childhood illness. And all of that is wrapped up in Hazel herself. Because Hazel doesn’t think of herself as extraordinary or afflicted or cursed. Sure, she complains. She’s human and also a teenager. Sometimes there is a lot of complaining. But there is also acceptance. Acceptance that people sometimes get sick, and it’s not anyone’s fault or anyone’s job to fix it. It just is, and it sucks.

I don’t agree with everything about this book, for the record, and I’ve always been the sort to want to leave my fingerprints all over this planet, but I think that might be why Hazel appeals to me so much. She “walks lightly upon this earth.” I can admire that.

I can admire a person who cares for others in a practical way. Who guards their hearts. And I can admire her even more for taking the step out and deciding to risk. Because there is selflessness, and then there is hiding.


If you haven’t read the book, you definitely should. Maybe you aren’t particularly interested in the plot I gave you, maybe books about cancer freak you out, or maybe you’re just not a big reader. I don’t care. Read it anyways. Because no matter how much I disagree with Hazel, and how much I could never be strong like she is, I admire her for her strength. I love her for it. And I am grateful that she exists, even if only fictionally.