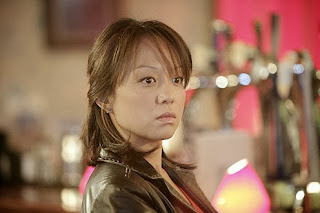 I know it’s weird to feel guilty about these sorts of things, but I have been putting off talking about Tosh forever. I mean, it’s not that she’s not an interesting character or anything, or even that she doesn’t have some seriously kickass moments. It’s just that she was never really the character I emotionally gravitated towards.

However. Toshiko Sato is a damn fine lady, and since I have now gotten around to it, let’s talk about how and why she is absolutely fabulous.

For those of you who have no idea who I am talking about, Toshiko Sato (Naoko Mori) is a character from Torchwood, that Doctor Who spinoff that took way too much advantage of its higher rating and late night airtime. Tosh is the tech expert on our crack team of alien hunters, and loves a good night in the Hub researching some alien artifact. On the surface, she’s a pretty average character. Or, well, average for TV. She’s a genius, genuinely the only person in the world who can do what she does, absolutely beautiful, but still somehow insecure about her looks, and aching for the cute boy in the med bay to notice her.

Said cute boy is Owen Harper (Burn Gorman, of Pacific Rim fame), and he’s a complete and total jerkface who needs a comeuppance hard (don’t worry, he gets one). But the fact that Owen is a complete tosser doesn’t really diminish how easy it is to relate to Tosh. 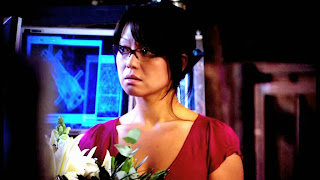 In a television sort of way, she’s average. Normal. Not the special or pretty or interesting one on the time. The one most likely to fade into the background. In fact, it’s not until episode seven that we really get to see much of Tosh’s inner world, and even Ianto (Gareth David-Lloyd) gets an episode before that.

No, overall, Tosh is the unheralded heart of the Torchwood team. And there’s something very interesting in that. Because even though Tosh is nothing like the stereotypical “strong woman” we see in a lot of action films, there is something undeniably strong about her. Sure, she breaks down and cries. A fair bit, actually. And, granted, she’s not physically strong or particularly capable outside of her lab. But she’s strong in a way that actually really and truly counts. She is strong of heart, and when she dies (that’s not really a spoiler, everyone dies on Torchwood), she takes their heart with her.

So. Let’s talk about Tosh.

To understand Tosh, it’s critical to know where she came from. I mean, that’s true of most characters, but it’s especially true here. I’ll admit that I didn’t really get her as a character until I saw the episode where we learned how Tosh entered Torchwood. All we knew before that was that she was from an immigrant family, reasonably close with them, but not overly so, and decidedly shy. 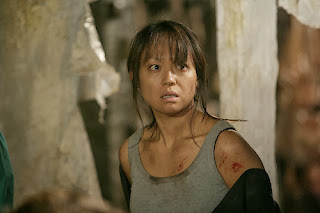 When we get her real backstory, then, it’s a bit of a shocker. It turns out that Tosh was recruited from prison. UNIT prison, to be precise. She was forced by a terrorist organization to build a sonic modulator (they had her mother hostage), and UNIT managed to catch her. And then imprison her. Go UNIT.

Jack figures that someone as talented as Tosh is wasted in the prison system, and takes her in. All of this is important to know, but it’s kind of nice that it comes in the second season. Until then, we don’t really get Tosh. We know her mother is dead, that she has a grim outlook on the world, and that she can sometimes be afraid of change, but we don’t know why. Knowing why, it explains a lot.

It also explains how she is, in times of crisis, able to be so amazingly strong. When she and Jack are transported by to 1941 and trapped in the London blitz, and all the people around her are making racist comments about her Japanese heritage, Tosh manages not only to find the mathematical algorithm that will send them home, but also to leave clues and finally a message for their teammates in the future, written in the one thing she knows will last the years: her own blood.

Or when Tosh is trapped in the Hub, bleeding out from a gunshot wound. Even though she’s dying, even though the man she loves is also dying, she still manages to save them all. Because despite the shy and retiring exterior, inside, Tosh is made of iron. 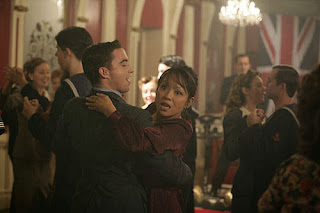 And that’s something so easy to overlook. Because she does cry. And she does quiver and quake and fret. Tosh is easily the most emotionally vulnerably person on the team, and a lot of the storylines focus on that. But I would argue that her internal strength comes not in spite of her emotional range, but because of it.

It’s because Tosh is so aware of the suffering around her and the deep longings of her heart that she is able to be strong in times of crisis. It’s because she knows, better than most, exactly how terrible the world can be that she is able not only to hold it together when the world is going down, but to save everyone she loves.

Tosh is strong because of her big heart, not in spite of it.


So, I want to apologize to all of you out there for taking so long to talk about Toshiko Sato. Sure, she’s not an action chick, and she’s not funny or badass or quippy. She’s nice. She’s kind. She likes animals and has awkward moments and is unhappily in love with a guy who’s mean to her. Tosh is completely and utterly ordinary, which is precisely what makes her amazing. 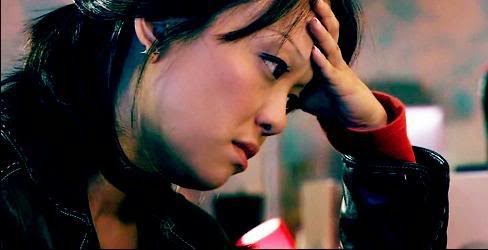