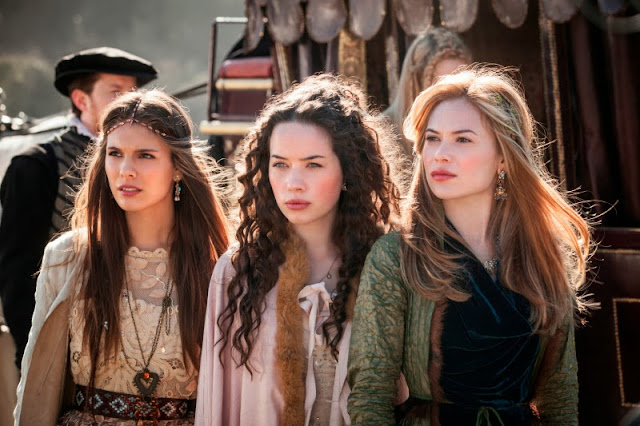 Well, it has been a few weeks (months) since we last did that, and that's kind of a shame. Mostly because in the weeks that I have been neglecting to post this linksgiving, my bookmarks folder has been gradually swelling in size, and it's honestly just getting even more ridiculous than it already was. For the record.

1. The Creators of Doctor Who Were a Scandal from io9.com. True story, the people who created Doctor Who were a motley crew of non-white people, female producers, and "the wrong sorts" for the BBC. It's kind of an awesome story.

2. Genderswapped Doctors Are Our New Favorite Form of Doctor Who Cosplay also from io9.com. Goes into the logic and sociology of crossplay and femmeplay and why women want to dress up as male characters. Or vice versa, for that matter. But usually not.

3. Doctor Who Really Does Need More Female Writers also also from io9.com. What? They have a lot of good stuff. And this one is exactly what it sounds like.

4. Not Some New Man: The Hidden Pattern Behind the Doctor's Regenerations from Tor.com. The title is pretty self-explanatory, but the article itself is fantastic and one of the best theories I've heard on the matter.

5. The Doctor Who Post I Can Never Write from thebloggess.com. Completely unadulterated fluff and you're welcome.

6. In Defense of Shoshanna from Jezebel. I'm going to be honest, I don't actually watch this show. But the article is very good. A reminder about how we should view female characters.

7. "Girls": What the Hell Was HBO Thinking? from MotherJones. Erm, so on the side of people who don't like the show very much...

8. It's Different For "Girls" from NYMag. And on the side of people who do like it. Different strokes, and all that.

9. NY Times Wakes the Dragon By Insulting Game of Thrones Viewers from The MarySue. Yeah, so someone at the NY Times flat out said that women don't read fantasy. And then the internet ate her.

10. Watch Game of Thrones' Amazing Tribute to Its Many Dead Characters from io9.com. It's a lovely video, and there are a lot of dead characters. Like, a lot.

11. You Really Don't Want Game of Thrones to Last 10 Seasons from io9.com. A perfect explanation of why this show, and really every show, needs an expiration date.

12. All the Game of Thrones Fan Theories You Absolutely Need to Know from io9.com. I don't think I have to explain this one.

13. Sorkin's "Newsroom" Is No Place for Optimism from NPR. While some would argue that The Newsroom is a hopeful view of our potential as a country, this article argues that it's actually really cynical.

14. Are Aaron Sorkin's Women "Silent Bearers of Sexism"? from The Guardian. I think I can answer this one: kind of.

New Girl and The Mindy Project

15. Jess and Mindy: A Look at the Progression of Female Comedy Characters from Women and Hollywood.

16. "I Kind of Like It When She Calls Me a Bitch. It Makes Me Feel Like Janis Joplin": Third Wave Feminism in "New Girl" from Bitch Flicks. I love this article. It makes me deeply happy.

17. The Power of the Feminine in "Sons of Anarchy" from Bitch Flicks. So, here we have an argument in favor of Sons of Anarchy as a feminist show...

18. "Sons of Anarchy" Is the Most Sexist Show on Television from Salon. And here we have an argument on how it's the least feminist show on TV. And possibly ever.

19. Something Rotten in the State of SAMCRO: Hamlet and Sons of Anarchy from quiteirregular. And here we have an analysis of the Shakespearean influences in the show.

Yeah, so it turns out that I have a lot of links on this. Enough that we're going to revisit this topic again next week. If you have suggestions, feel free to drop them in the comments or email them to us at kissmywonderwoman@gmail.com. Tune in next week for more of Women and Gender (and also other various things) on Television, Part 2!
Posted by Unknown at 9:00 AM