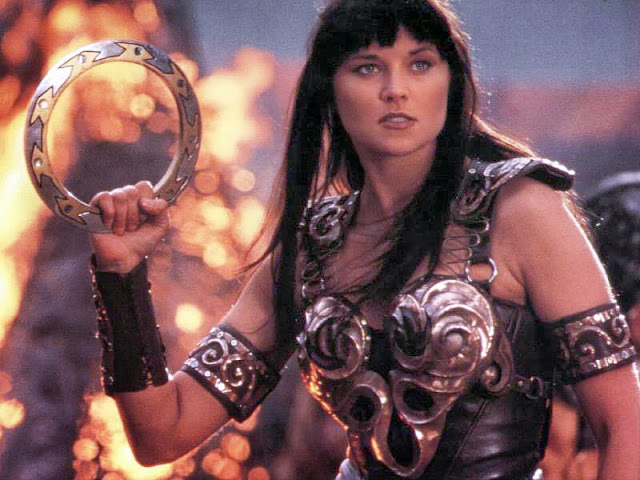 I don't know about you, but I'm still a little bushed from yesterday, so I think we're going to take a second and look back at the past few months worth of Strong Female Character Fridays. Why? Because I said so, that's why.

Toshiko Sato (Torchwood) - Not the most obviously "strong" of the bunch, Tosh's strength is emotional rather than physical. It lies in her incredibly ability to bear up under overwhelming circumstances, and in her love for her team. Also, she's good with computers.

Adelle DeWitt (Dollhouse) - Adelle is a Bitch with a capital B. She's the villain for the first half of the show, but when adversity really hits, and the crap hits the fan, it turns out that Adelle is precisely the woman you want in your corner. Also, she looks amazing in business attire.

Hazel Grace Lancaster (The Fault In Our Stars) - Hazel is a teenager who happens to have terminal cancer, but she refuses to let it define her or her experience of life. She "treads lightly upon the earth" and just generally is the girl we all wished we were capable of being as a teenager. Or now. Also, she's pretty freaking hilarious.

Dr. Mindy Lahiri (The Mindy Project) - Mindy is not a nice person, she's not a particularly likable person, and she's a pretty terrible girlfriend/friend/person to be around. Which is precisely why we need her. She reminds us that we don't have to be perfect to be loved, and that there's actually room for a flawed female character on TV. Also, she's shallow. That too.

Mrs. S (Orphan Black) - Mrs. S is a complicated character, but that's pretty much what makes you love her. She's tough, take no prisoners, maternal in the bear-ish sense of the word, and possibly a bad guy. All of this, and she's also a character over the age of forty, so in TV years, pretty much dead.

Shirley Bennet (Community) - Okay, so she cries a lot, and she stress bakes, and she uses guilt like it's her favorite mixing bowl, and she's overtly religious, but that doesn't mean she isn't strong. Or cool. Honestly, most of the appeal to Shirley is her depth. Because she isn't just a religious single mother. She's a person, real and whole and weird. Also, she's a master at foosball.

Dr. Claire Saunders (Dollhouse) - Calling her Dr. Saunders doesn't even really cover the complexity of her character, but suffice it to say that Claire, no matter what her situation or current identity, is awesome. She's not fearless, not strong, and not particularly passionate, but she is good. And in the end, her goodness turns out to be one of the strongest things in the world. And that's just super rad.

Paris Gellar (Gilmore Girls) - Paris is one of my all time favorite people, someone who I probably wouldn't like in real life because she reminds me just a little bit too much of myself. The more negative aspects of myself, specifically. She's driven, intense, passionate, and probably kind of nuts, which is exactly why we need her. Paris reminds us to be more than we already are. Also, she's a pro at macaroni art.

Peggy Carter (Captain America and Agent Carter) - Do I even need to explain why Peggy is on the list? Despite her occasionally problematic actions, Peggy is pretty much the reason the term "strong female character" was invented, and I don't really see a whole lot wrong with that. She's a badass with a heart, romantic, feminine, and really good at martial arts. What's not to love?

Alanna of Trebond (The Song of the Lionness Quartet) - Alanna is the kind of heroine that you grow up knowing you'll never quite manage to be, but that's okay and doesn't mean you shouldn't try. She's brave, strong, fearless, magical, really good at fighting, and just kind of amazing at everything ever. And while normally that would drive me nuts, when it's presented in a package alongside a strident critique of the patriarchy and some fantastic battles, I'm pretty okay with it.

Audrey Horne (Twin Peaks) - Sure, Audrey is crazy. But she doesn't let that stop her from being the most interesting, and eventually, most powerful person in Twin Peaks. She starts out as a daddy's girl with some serious baggage, but by the end of the show, Audrey has grown into a mature businesswoman running a multi-million dollar company, a first rate detective, and a person, full and developed. I honestly can't think of a reason not to love her.

Ellen Harvelle (Supernatural) - Ellen might be the closest thing the Winchesters have to a mother figure (until her incredibly unsurprising death), but that's not all she is. She's also a hunter in her own right, a respected figure in a community not known for its appreciation of women, and a strident voice against most of the more foolhardy plans the boys cook up. Also, she's pretty handy with a shotgun.

Black Widow (Iron Man 2 and Avengers) - Calling her Black Widow isn't a mistake. In a very interesting sense, Black Widow is more her identity than Natasha Romanov or Natalie Rushman. She's a super spy ninja, a terrifying Russian assassin, and also pretty snarky. But more than that, she's the woman who knows what it's like to be unmade, and that means that we know the most important thing about her: she knows how to put herself back together again.

Daenerys Targaryen (Game of Thrones) - Yeah, the chick with the dragons. She's awesome. I mean, I feel like I don't need to add more than that, but here goes: in three seasons (of the TV show), Daenerys has gone from terrified little girl entering a political marriage to a warlord commanding an army that numbers in the hundreds of thousands. Also she has dragons. So there's that.

Allison Argent (Teen Wolf) - Is she a controversial figure on a show that has very little luck with female characters? Why yes she is! But Allison is a reminder that female characters who aren't all that developed can, if given time, turn out to be one of the best parts of a show. She's also proof that making a character do the absolute worst thing they can think of, then regret it, is sometimes the best way to find out what they are made of. In a good way.

Charlie Bradbury (Supernatural) - Ah, the one that started it all. Charlie occupies a strange role in the Winchester's lives, as the only woman they don't think of as either a love interest, a mother, or a bitch. Charlie is the little sister they never knew they wanted, a brilliant hacker, and a complete and total coward in the best of ways. She's nerdy and funny and starts off scared but grows to be a hunter in her own right, and how can you not love that? That's pretty much everything we're about.

So there you have it. Four months of Strong Female Characters. Sometimes they're badass, sometimes they cry, sometimes they cower in a corner and sometimes they bake when they're sad. But these are all women that I want on my side when push comes to shove, and they're all people that I think are strong in the best, most inclusive sense of the word. 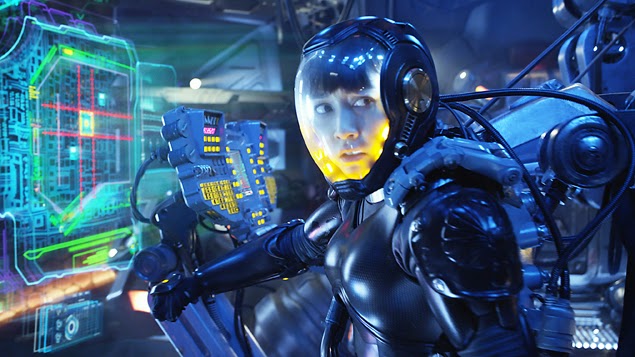