Supporting a New Canon: Why I'll Never Be Invited to the Emmys 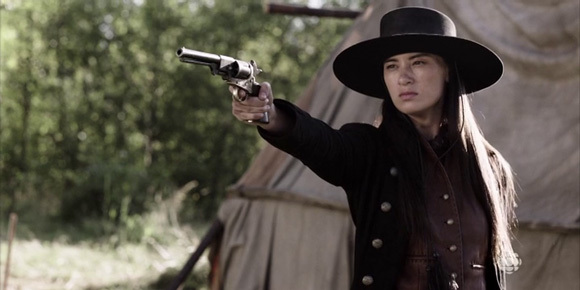 So today's article was going to be yet another wonderful Outlander recap, but due to technical difficulties, that's been pushed to next week. Instead, today we're going to talk about an idea I've touched on before: the "new canon" of lady centric television. Aww yeah.

Before we can really discuss this topic, though, we have to talk about the idea of there being a "canon" when it comes to TV in the first place. For all that television is widely becoming respected as the most interesting and engaging American creative tradition right now, for the past fifty years up to this point, television was mostly viewed as a dumping ground for projects no one else cared about. It was also, and this is really important to note, a place where stories for and about women could thrive, because it wasn't viewed as an important storytelling medium. It wasn't the movies, which were high art or big budgets, and it didn't have the literary cache of novels. It was, well, schlock. And while it didn't get a lot of respect, it did get a lot of ladies.

When we look back at the history of television, it feels almost surprising now to realize that a lot of stuff we take for granted was originally pioneered and invented for women. I mean, we all get that I Love Lucy was a groundbreaking and important show, but we sort of gloss over how much impact it actually had on how we make television.

I mean, I Love Lucy basically invented the multi-cam sitcom setup. They were the first to shoot on a soundstage with a live audience, with the sets placed back to back and with multiple cameras rolling at the same time. You know, the way they would later shoot Seinfeld and Friends and How I Met Your Mother. That. 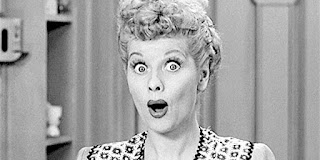 Lucille Ball, in fact, accrued enough power through her work on the show that she and her husband eventually set up their own very television studio, Desilu, and after her divorce, she bought out his shares and ran the studio on her own, producing such groundbreaking works as Star Trek and Mission: Impossible and The Untouchables. And there's this minor thing where Lucille Ball and Desi Arnaz convinced CBS to let them own the rights to I Love Lucy, a massive financial investment that CBS later deeply regretted and had to buy back from them.

In other words, a huge amount of how sitcoms were made was pioneered by a little show starring a woman and a man of color. And many of the shows that have massively influenced pop culture over the past fifty years were greenlit by a woman who owned her own ridiculously successful production company. We all like talking about how funny I Love Lucy is and was, but for some reason when we talk about film history, we tend to leave out the really good stuff.

For a long time, television was a place where you could see interesting and surprising achievements by women and people of color precisely because no one took it seriously. As long as no one thinks what you're doing has any value, then they don't care who's most successful doing it. But as soon as has some cultural cache, or there's money attached, then suddenly it matters a whole heck of a lot.

And that's what we've seen in the past fifteen years.

“We’re living in a golden age of women in comedy,” my friend gushed.

I nodded and asked whether she thought female creators would ever make up half of the comedy series nominations. Her smile froze.

I do. Because it happened a quarter of a century ago. In 1990, Susan Harris’s “The Golden Girls,” Linda Bloodworth-Thomason’s “Designing Women” and Diane English’s “Murphy Brown” squared off for Outstanding Comedy Series. “Cheers” and “The Wonder Years” rounded out the field, and when the envelope was opened, I was sitting in the audience cheering as they announced “Murphy Brown.” 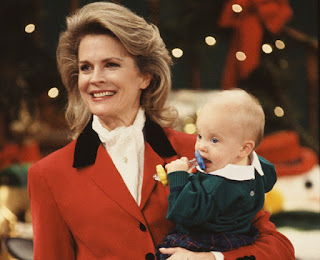 The writer of that piece (which you should totally read in full because it's great and not very long) is Nell Scovell, a longtime television writer and the creator of Sabrina, the Teenage Witch, so I have a hunch she knows what she's talking about. In terms of Emmy representation, things have actually gotten worse for women since the late 1980s and early 1990s. Why?

Well, a lot of reasons, definitely, but I think one of them really is that all of a sudden television matters. It's no coincidence that the "Golden Age of Television" has been all about middle aged white dudes. With the exception of The Wire almost all of the shows people point to as the turning points for television as a respectable medium have been narratives about white men going through some kind of midlife crisis. Breaking Bad. Mad Men. Deadwood. Game of Thrones. Sons of Anarchy. Rescue Me. The Sopranos. Oz. Dexter. Should I keep going? I can keep going.

The shows about women, meanwhile, have been considered anomalies at best and schlock at worst. Even the female lead shows that really closely mimic the things everyone seems to love in these "gamechangers" I listed above, like Homeland or The Honorable Woman or Strange Empire or Orange is the New Black are considered quaint anomalies at best and completely ignored at worst.

Television is run by dudes right now. We already knew that. But what frustrates me isn't the sheer dudeness - as we know that we can and will overcome that with time - but the way that history has been rewritten so that really amazing female oriented television shows are getting the shaft. The way we're really ignoring female lead shows that inspired imitation and created whole genres.

I'm talking about how Ally McBeal reinvigorated the workplace dramedy. Or how Sex and the City, whether you like it or not, changed how we could and did talk about sex on television. How about recognizing the vast impact Xena has had on genre television? Or the way that Buffy the Vampire Slayer mushed genres and created the teen supernatural category. How about recognizing Roseanne for giving life back to sitcoms and talking more about what Golden Girls did for the representation of older women? 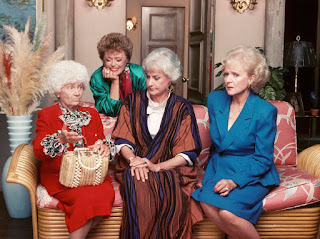 Instead of writing off Shonda Rhimes and her collection of ridiculously successful and interesting dramas as being some anomaly off in "Shondaland", why don't we recognize that people are hungry for representations of powerful women? Let's sit down and really talk about Weeds and Veep and Parks and freaking Recreation.

It is clear that television has a problem with women, but it's also important to remember that if television has erased the narratives of successful shows about white women, it's really really erased anything about successful shows by and for nonwhite communities - All-American Girl is a footnote at best, and In Living Color gets hardly a mention after Saturday Night Live. We need to admit that television has never been good at telling stories by and about people of color, and if we want this to really be the Golden Age of Television, we need to own up to that and seek to rectify it.

I'm proposing a new canon. One where we recognize the achievements of women and people of color as instrumental in the creation of television. One where TV didn't just spring out of nowhere when The Sopranos came on the air, but where we all understand that it came from a long history of people who couldn't get a foot in anywhere else making the best damn art they could. Because maybe if we better understand the history of television, we'll be able to go forward without getting caught in this idea that the only classics worth mentioning are the ones about white guys fighting the irrepressible onslaught of time. Hell no.

We need a new canon that shows the width and breadth of television and how it's definitely gotten better in recent years, but that doesn't mean everything that came before was worthless. So. Who's with me? 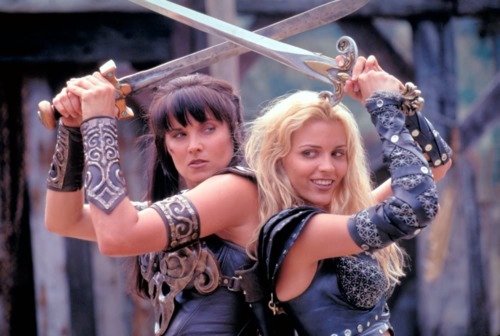